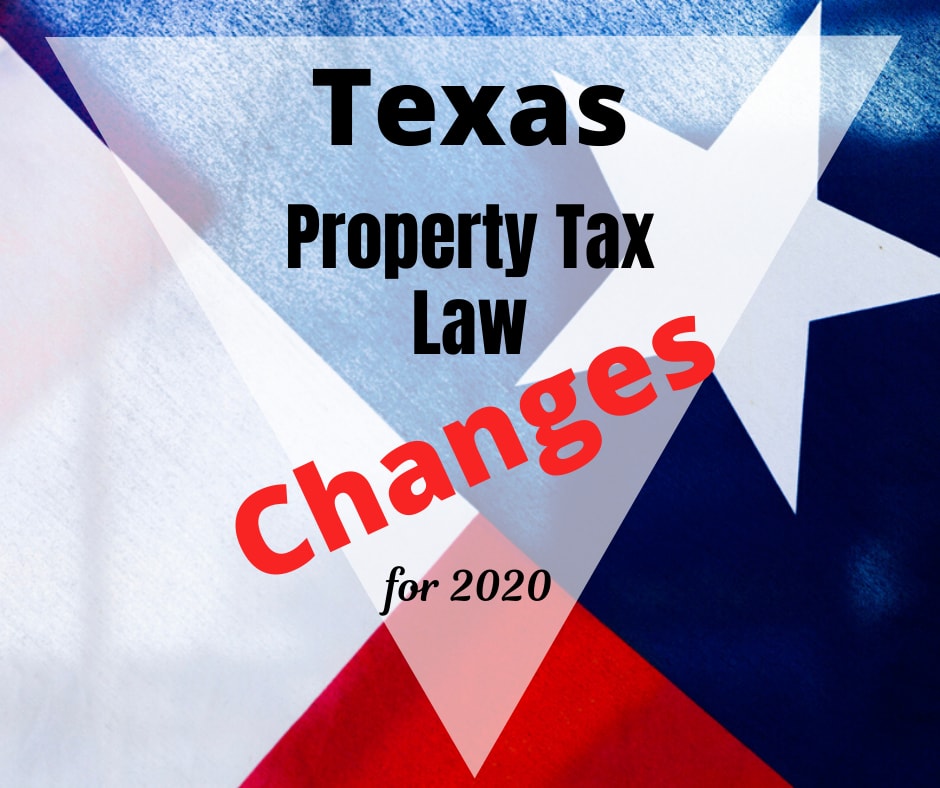 In Texas, the State Legislature convenes every two years. This schedule means that each session is impactful and, generally, that each session produces significant changes. The most recent legislative session was no different. During the assembly period, which began on January 8 and ended May 27 of 2019, legislators introduced four new tax laws that could have significant and far-reaching impacts on the value of commercial real estate property, and how it is developed and traded throughout Texas.

Here’s what you need to know:

As previously stated, there are four new tax laws in Texas. These are as follows:

This bill, which is also known as “The Prohibition of Local Government Product Mandates,” will prohibit cities from using building codes and other ordinances to approve construction projects exceeding national code requirements.

Under the new bill, for example, building authorities won’t be able to limit contractors to a single type of masonry material in new building projects if national building codes permit other options.

The only exception to the law is neighborhoods that are officially registered as historically or culturally significant. As well as commercial buildings located in downtown areas participating in the Texas Main Street Program (TMSP). The law has been in effect since September 1, 2019.

Also known as the Historic Landmark Designation, HB 2496 was written to shield individual property owners from discriminatory or inconsistent rules about the establishment of historic landmarks. Under the new bill, a property cannot claim “historic landmark” recognition unless it meets the following criteria:

Preceding the passage of this bill, many Texas lawmakers have disagreed about whether historic landmarks are more or less attractive to prospective buyers. By passing this law, the Texas Legislature has sided with current property owners and taken steps to prevent governmental overreach. The bill went into effect on September 1, 2019.

Some legislators call this the “Annexation bill.” In essence, it is a revision of 2017’s SB 6, within which the Texas Legislature separated Texas counties into two distinct tiers. The primary goal of HB 347 is to put an end to this system. Under the new bill, all counties in Texas are now considered Tier 2.

While HB 347 seems innocuous, it is positioned to alter the trajectory of Texas’s urbanization efforts. Which, is a concern for people who own commercial or residential properties in the state of Texas. Since 2010, upwards of 1 million people have moved to Texas from other states. In large part, this influx of new residents is due to urbanization, which has expanded Texas’ economy. This bill went into effect on  May 24, 2019, and will impact urbanization efforts going forward, especially when developers attempt to make rural areas into suburbs.

This law is alternately known as the Property Tax Reform and Relief Act of 2019. It provides an automatic property tax rollback election for cities, counties, and other local entities that propose an increase of more than 3.5%. Voting on the increases can’t be scheduled for special elections. Instead, it must be included in the November general election ballots.

The law also places restrictions on Texas’s Central Appraisal Districts (CAD) and requires them to be more transparent in their business dealings. Under the new bill, each CAD must maintain a detailed database of property values. This will enable the public to issue comments on the proposed rate increases and publically appeal their property value assessments.

According to the legislature, SB 2 will reduce economic strain on both residential and business property owners. The bill has been hailed by those in Texas’s CRE market, mainly because commercial property values in Texas have increased rapidly in recent years – jumping nearly 40 percent between 2012-2017. SB 2’s will roll out fully on January 1, 2020.

The Future of Commercial Real Estate in Texas

No matter how these laws affect the CRE market in Texas, LPA’s valuation experts in Dallas, Fort Worth, Houston, San Antonio, and Midland-Odessa will continue tracking the latest market data to guarantee our clients receive the most timely, accurate, and actionable business intelligence possible.